The 3.0L Duramax Turbo-Diesel I-6 engine has been named to the 2020 Wards 10 Best Engines & Propulsion Systems list, receiving high praise for its best-in-class diesel horsepower†, as well as its efficiency and smooth driving experience.

This engine, available on the GMC Sierra 1500, was one of three diesel powertrains in consideration. Entries are judged by WardsAuto editors who look to recognize innovation and engineering excellence in new powertrains available to the U.S. market. After careful review and testing of all three, WardsAuto reported the 3.0L Duramax Turbo-Diesel I-6 engine was the unanimous pick.

The judges, who tested the engine in a 2020 Sierra 1500 Crew Cab, remarked that the 3.0L Duramax Turbo-Diesel stood out with its smooth, responsive and quiet driving experience. In their opinion, the engine is well suited to different driving situations, from stop-and-go traffic to giving power on demand.

The 3.0L Duramax Turbo-Diesel is an efficient engine, offering up to an EPA-estimated 30 MPG highway† with features like start/stop technology (with disable switch) and an engine block made of a lightweight cast aluminum alloy, providing a 25 percent savings in mass over a comparable cast iron engine block.

WardsAuto editors noted the best-in-class 277 diesel horsepower† outpaces rival diesel engines in capability. High horsepower was achieved in part through a common-rail fuel injection system that adds to its smooth and refined performance. Another recognition they gave is its ability to generate 460 lb.-ft. of torque at 1,500 rpm, offering truck owners excellent power. Mated to a 10-speed automatic transmission, the 3.0L Duramax Turbo-Diesel has been rated to pull 9,100 lbs†.

“The 3.0L Duramax was designed to be a ‘no excuses’ engine option that offers excellent fuel efficiency, great low-end torque and smooth responsive operation,” said John Barta, assistant chief engineer and a member of the team at General Motors that is behind the powertrain. “We delivered on those targets with outstanding fuel economy, best-in-class 277 horsepower† and great throttle response.”

Finding it a great choice as a daily driver, high scores were given on the engine’s quiet and calm nature, refuting the perception of loud, grumbling diesels. This quiet driving experience is owing in part to its inline-six architecture, which makes this engine the first-ever I-6 turbo-diesel for GMC’s full-size light-duty truck.

“The inline six is a naturally balanced engine,” Barta said. “The result is we don’t need balance shafts and the engine only has one set of overhead cams (compared to two sets in a V6). Fewer parts mean less weight and friction and enhanced efficiency. It’s a win-win design that offers fuel economy and smooth operation.”

The 3.0L Duramax Diesel Engine brings a ton of value to the table and now customers can get even more bang for their buck with the introduction of a 2021 credit of $1,250!

Take a look at the attached playbook for more details on all the wins we have with our diesel market entry including: 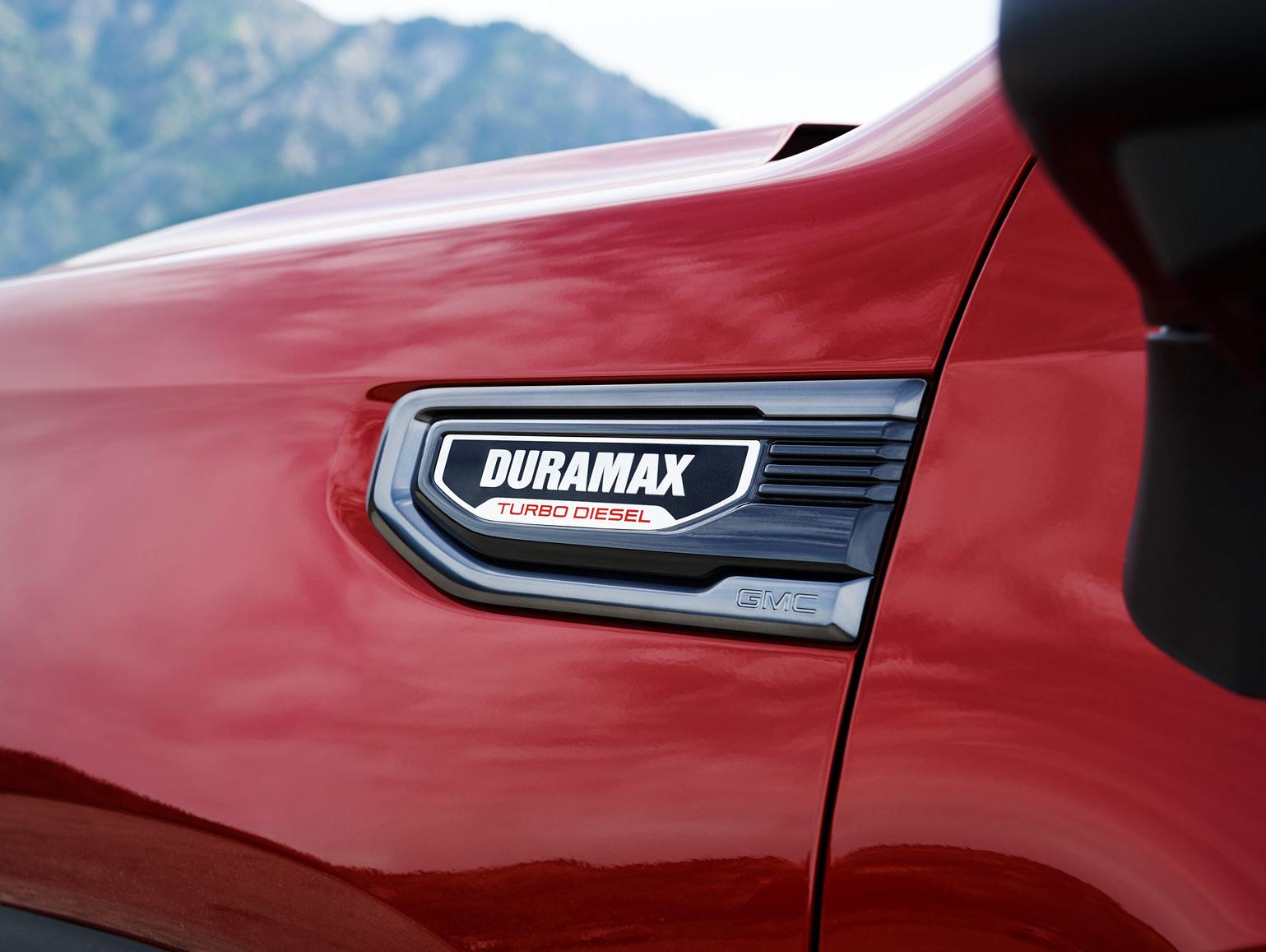 When comparing with our popular 5.3L gas engine, many customers will make up the difference in engine cost in about 2 years!
Take a look at the updated “Diesel Fuel Savings Calculator” attached to find out how many kilometers a customer in your market would need to drive to pay off the engine cost difference.

Most customers are going to be comparing with our 5.3L Gas Engine as they are most similar in capability:

WHO SHOULD BUY DIESEL?